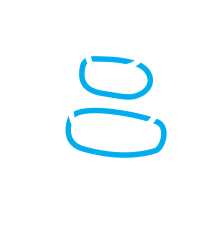 When Too Frequent Sex Creates Problems

When Too Frequent Sex Creates Problems

In part because most individuals seeking treatment for “sex addiction” have been diagnosed with the disorder by either themselves or their partners and in part because there is no medically agreed upon definition of the term, a significant number of mental health professionals question whether, in fact, such a disorder actually exists. This issue has seen renewed interest and discussion following the revelations of multiple affairs by Tiger Woods and more recently by David Duchovny and the media’s subsequent diagnosis of them as “sex addicts.”

To add to this confusion, there has been a longstanding controversy among certain psychologists and sex therapists about whether or not describing this type of problematic sexual behavior as an addiction is helpful in either understanding the problem or in developing treatments to minimize its effects. It has been argued by a number of respected mental health professionals that assigning the diagnosis of “sex addict” to any individual client is simply a way of giving that person a socially acceptable “label” that serves to do nothing more than to excuse otherwise inappropriate or even immoral behavior.

Other mental health professionals such as Dr. Marty Klein have argued that the diagnosis of sexual addiction has been adopted as a “weapon used by the religious right to combat perceived liberalism, to ignore science, and to ignite fear.” Klein goes on to say that the concept of sexual addiction “helps legitimize anti-sex moralism and bigotry.”

Although I remain an agnostic on matters relating to the usefulness and/or morality of the term “sex addict,” I do know that sex, for most of the individuals coming to see me about problems that they themselves have labeled an addiction, has become a self-destructive element in their lives. Rather than enhancing the quality of their relationships, sex has been the cause of significant psychological distress and has invariably been interfering with their marital, interpersonal, and often, even, their financial well being.

By the time I see them, these men and women have typically made numerous attempts to gain control over their self-defeating behavior—usually by going “cold turkey” and attempting to abstain from the “addictive” sexual behavior. But because sex is a universal imperative of life and cannot for most of us be forgone, all such attempts at abstinence will invariably fail.

Therapy requires that we examine together questions such as the following: Do some of the individuals I treat become preoccupied with pornography because of a genuine wish for impersonal, non-reciprocal sex or might that behavior instead be a misguided attempt by these men and women to compensate for social skills deficits that prevent them from meeting otherwise appropriate sex partners?

Are these individuals interacting with prostitutes because of a preference for short-term, non-committed relationships or rather because they feel that their sexual desires will not or can not be fulfilled within a traditional monogamous relationship?

Most of the patients I see in my practice tend to define their problems in strictly sexual terms. They typically describe their desires as obsessive and their behavior as compulsive. They report feeling overwhelmed by sexual impulses over which they experience little if any control. One important realization that virtually all of these individuals eventually come to understand is that feeling as though one has no control is not the same thing as actually having no control.

By exploring and understanding the meaning behind their feelings, patients come to realize that their self-destructive behavior does, in fact, serve a purpose. Through a combination of psychotherapy, cognitive therapy, and their own commitment to change, patients learn to see that they do have a choice in the matter and in how they choose to live their lives. And the good news is that instead of continuing to feel victimized by forces beyond their control, they learn through the hard work of therapy to experience—sometimes for the first time in their lives—the genuine pleasure and satisfaction to be found in the healthy, non-pathological, non-guilty joy of sex.